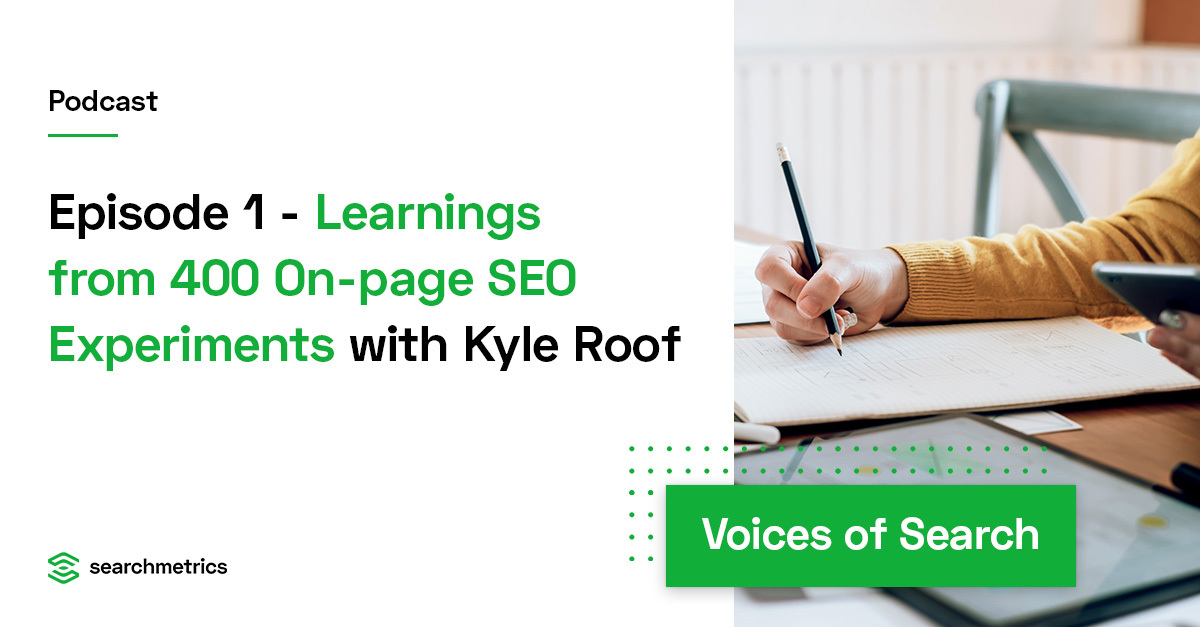 Join host Ben as he talks with Kyle Roof, cofounder, and SEO at Page Optimizer Pro, about the insights gained from over 400 on-page SEO experiments.

As many SEOs have discovered, there are more opinions about SEO and Google’s approach than practitioners in the industry. This disparity led Roof to run thousands of tests (over 400 of which have been published) to isolate single variables that matter for both indexing and/or ranking. Starting with smaller data sets allowed for a focus on the factors that matter most, eventually going broader as the results were understood.

This testing answered big questions like, “Is something a ranking factor?” and “Is one ranking factor stronger than another?” It also addressed indexation vs ranking: while some on-page SEO components are factors that play a role in the ranking of a page, they won’t impact whether or not it’s indexed to start. While most SEOs know that keyword density is an overly simplistic approach, having the right keyword in the URL, meta title, H1, and paragraph tags get you 70% of the way.

The Rhinoplasty Plano story about ranking #1

6 Ways to Increase the Visibility of Local Businesses from Actual SEO Media, Inc.