Google announced it rolled out a Google Image Search algorithm update in November 2020 aimed at reducing duplicate images in the search results, to instead show “relevant yet visually distinct” images. Plus, Google made the alternative meanings refinement boxes more helpful with better images – the company said on Twitter.

Google wrote “to help, we made an improvement to Image Search to reduce duplicate images, so that we can display others that are relevant yet visually distinct.” Google shared these two examples of image results showing the “visually distinct” but yet “relevant” images for the query: 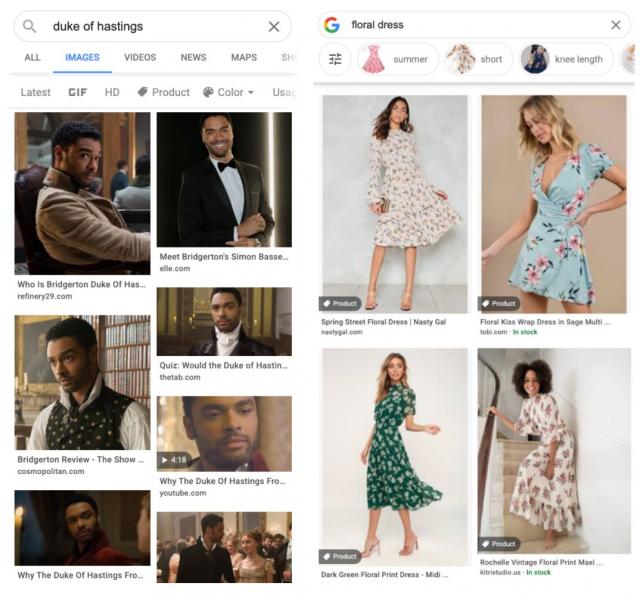 Google also made improvements to alternative meanings refinement boxes, to make them more helpful with better images and results. Google said “Sometimes, one meaning can dominate image results. Our improvement works to show images for alternative meanings, when that seems helpful.” Google “there are also times when a query can relate to different things. For example, [jaguar] could mean either the animal or the car.”

So these refinements and the images within them improved sometime in November 2020:

As a reminder, there are also buttons that may appear atop image search results that allow anyone to refine a query to a particular meaning, such as to easily focus images to be about jaguars, the animals…. pic.twitter.com/4KJtLunsBp

Why did Google announce a change now from several months ago? Well, sometimes Google just does that.

We hope this improvement, which we introduced in November, helps everyone better make use of Google Images to be inspired and informed as they search visually.

I even confirmed that not part but all of the announcement was from November 2020 and Danny confirmed:

7 Best Marketing Newsletters (Most Voted For)